For more than 20 years

we cross the Moroccan lands

With a curiosity gently sharpening our flawless knowledge of all its regions. Morocco inspires us every day with new ideas for travel and incentives. In our opinion, a seminar must above all lead to an unforgettable experience, whether it combines sport, nature or culture, we are always expanding the field of possibilities, each project being unique, hand-sewn. Today, our vocation is to develop sustainable tourism around cultural exchange seminars and united team building that give meaning to your business trips.

It is at the dawn of the 21st century that Pierre-Yves Marais is entrusted with the organization of his first seminars in Marrakech. Travel for a clientele eager for a change of scenery, such as Canson, or even Burton stores. Very quickly, he began to accompany his clients beyond the ramparts of the ocher city: the Lalla Takerkoust dam, the Agafay desert, the Kik Plateau … to southern Morocco, for the first exclusive bivouacs, incentives that turn into new experiences. The agency’s “Off Road” signature is there, it will become its DNA. For 5 years, Pierre-Yves will accompany journalists on the Paris Dakar, a path he will know so well that he will make it a real specialty: a tailor-made rally program in the Sahara, or adventure on the pure state… At the same time, during all these years, he will be entrusted with the transport logistics of the International Film Festival of Marrakech, stars like Al Pacino or Sigourney Weaver, will discover the dunes of the Sahara in his company! From events to seminars, he gradually surrounded himself with other Kingdom enthusiasts and experts such as himself, forming an infallible MICE team.

These 20 years spent organizing rallies, incentives, seminars, exclusive events and other XXL meetings, will have given the Destination Evasion team more than flawless expertise and knowledge of the Kingdom and its possibilities. These 20 years adventure were above all about human adventure. By going out to meet others, it is a more united, smarter tourism, more connected to Man and nature, which has taken shape. It is towards this ideal that these experts are turning today: to take their customers to meet people, to offer them time to understand a country, to bring something in return. Do not simply browse and admire the beauty of Morocco, but meet its people, its habits and customs, its sensitivity. A project that is taking shape with in particular solidarity team building and inter-company meetings between two countries.

Destination Evasion brings all your projects to life

Incentive, seminars and reward trips. Original team building ideas, creation of exclusive bivouacs in the middle of the dunes, 4 × 4 piloting supervision for an introduction to obstacle clearance, solidarity team building… Our experts guide you through. 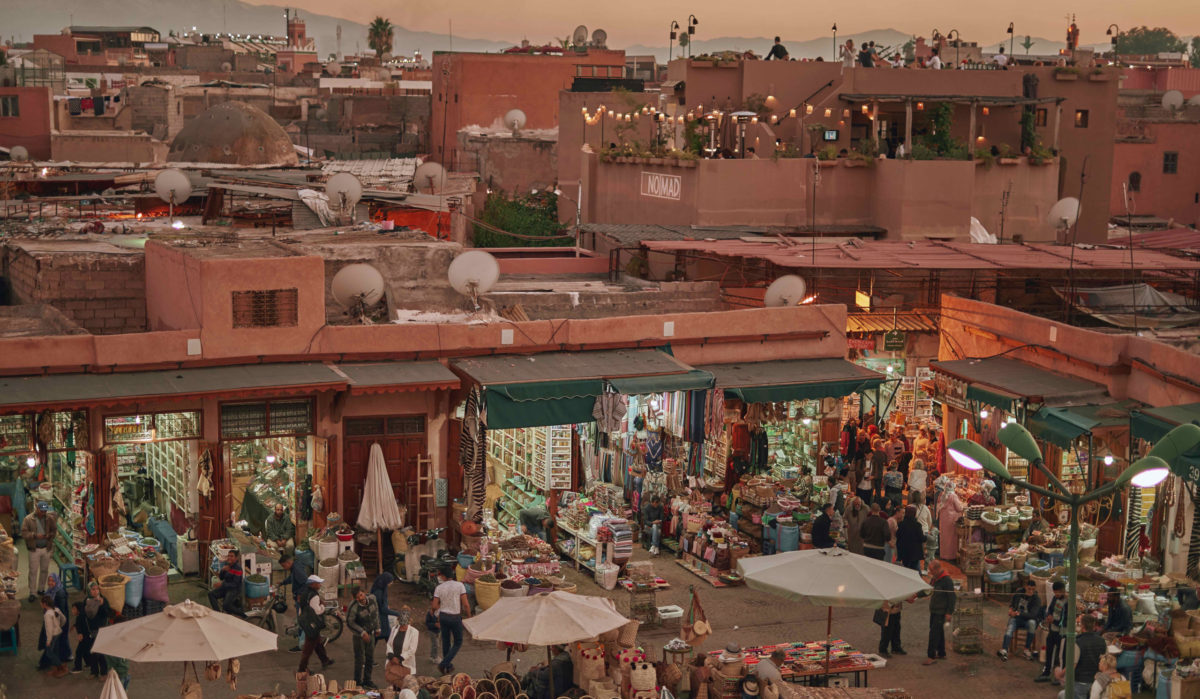 For your reward and team building trips, there is no shortage of themes: challenges around the environmental issue, cultural quiz on Morocco, culinary experiences in the desert or the palm grove, as well as our famous team building “Village Solidaire” ... 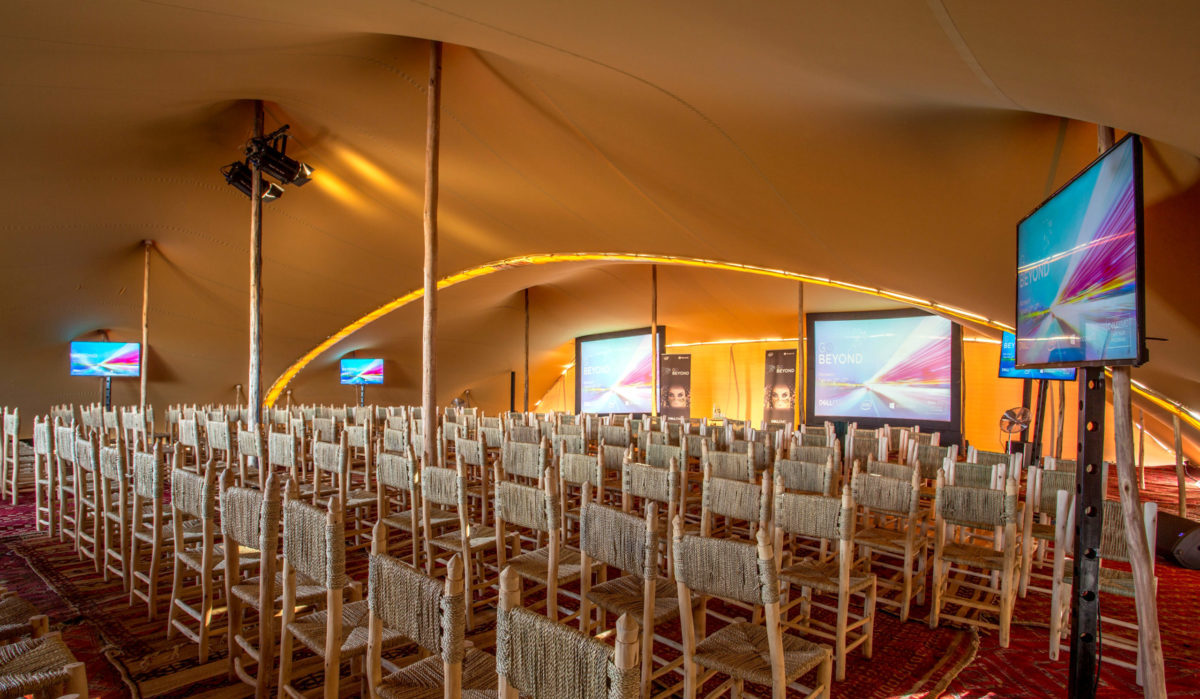 For your seminars, incentives and congresses, the Destination Evasion teams will surprise you with exclusive displays, such as the creation of incredible plenary tents, designer in the middle of the desert for your meetings; or the provision of the most unusual places according to your criteria. 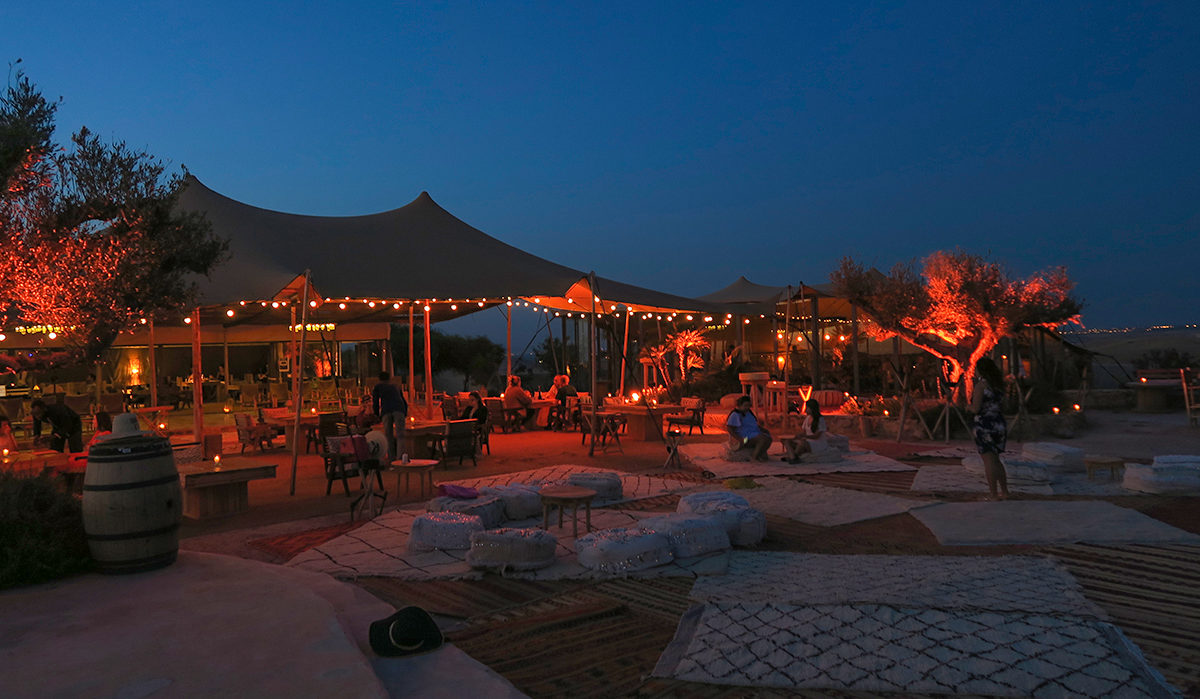 We provide you with all the necessary logistics, whether in terms of stage management, catering and transport. We provide a catering service in any context: gala dinner, chic picnic, cooking workshops ... And can organize your transfers by 4x4, sidecar or vintage cars! 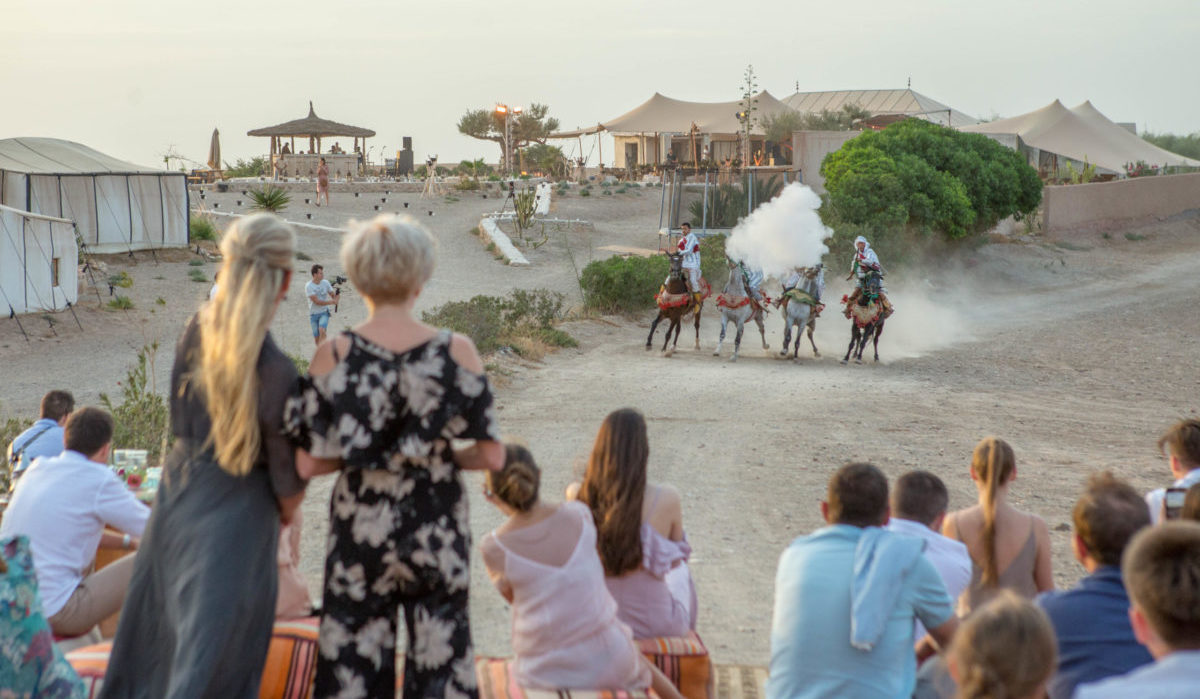 Planners of the wildest scenarios, our teams organize magical evenings from A to Z with decorations built from scratch. Catering, sound & light, the selection of artists and exceptional entertainment, your dreams of 1001 nights will soon come true!

Some ideas for your future trip… 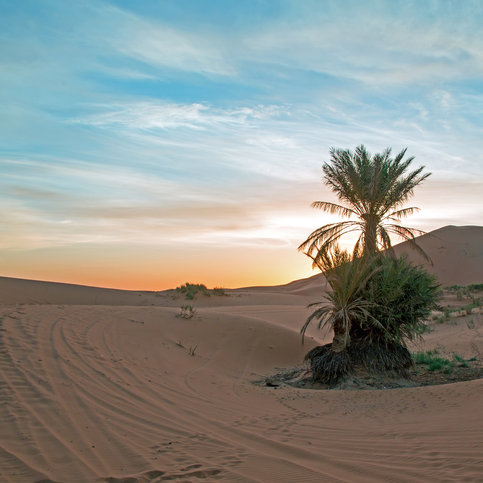 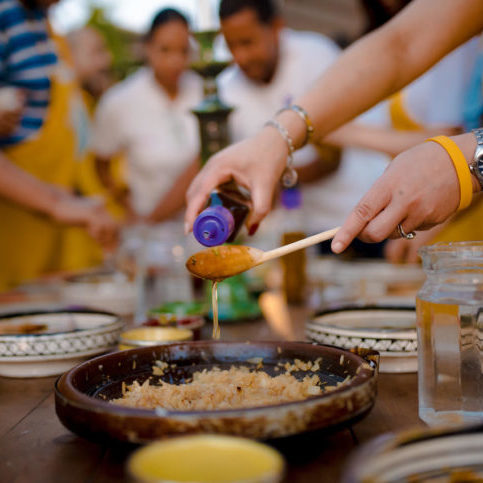 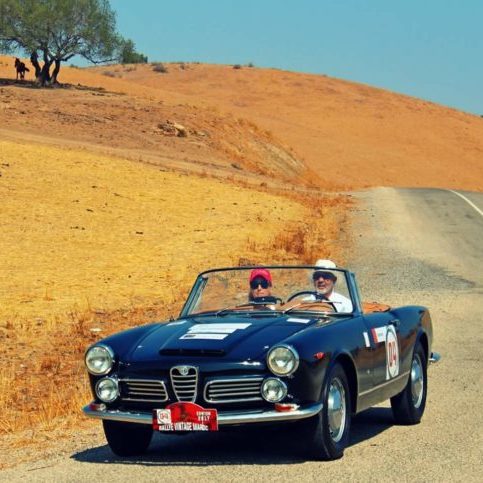 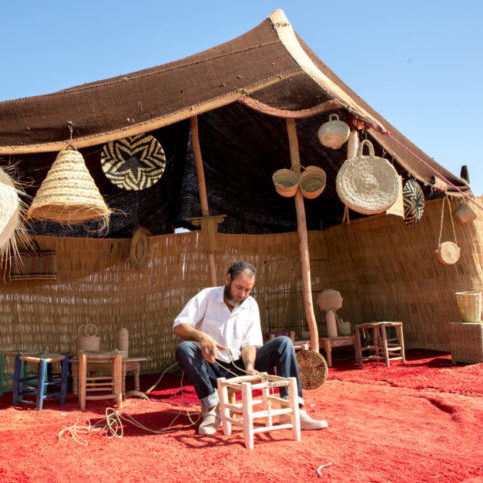 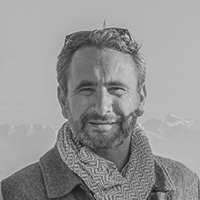 Lover of nature and adventure, Pierre-Yves loves hiking silence as much as all-terrain thrills. A travel agent for many years in his adopted country, he has progressively surrounded himself with experts as passionate as him, adding up knowledge of the desert, the mountains, the ocean, business travel, incentive, Rally or even bivouac in the middle of the desert. With his team, he provides companies with his expertise of the country, his network of meetings, and above all, his passion for event planning. 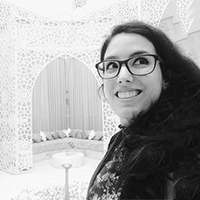 Of Spanish origin, but born and raised in Luxembourg, Jennifer is what we call a passionate travel agent! Speaking 8 languages, including 5 fluently, she is a real polyglot. Jennifer has already traveled many Moroccan routes. Today it is in Marrakech that she welcomes you for MICE stays, events and seminars. 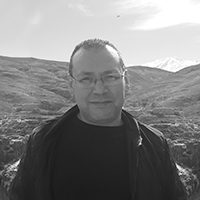 Hicham has always worked in the travel business. Born in Rabat, he was trained in Marketing management and international trade in Marrakech. In 20 years of experience in tourism, he has done everything: booking, management and field support whether individually or in a group: « Working in tourism has opened my mind, I get to know other cultures, other mentalities. Each MICE project represents for him a new challenge to be met with expertise and enthusiasm. 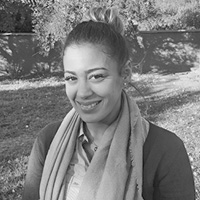 Sarah is a “jack of all trade”: Graduated in fashion design and management, she worked in advertising, marketing and digital communication. Her passion for travel brought her to Morocco where she found a job that allows her to share her passions: “I see Morocco as a palette of different colors. I am fascinated by the cultural differences across the country, from the Mediterranean coast to the Atlantic coast through the mountains, the desert and the forests… 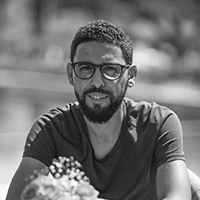 For Abdelilah, travel is a family story. His uncle ran a Riad in Marrakech. When he was studying management, he used to go to the Riad in the evening and chat with passing travelers. “As it allowed me to practice languages, I gradually spent more and more time telling them about our culture and our traditions ». For Destination Evasion, Abdelilah is the « creative » asset: « What I like in my job is to create tailor-made stays and events. ” 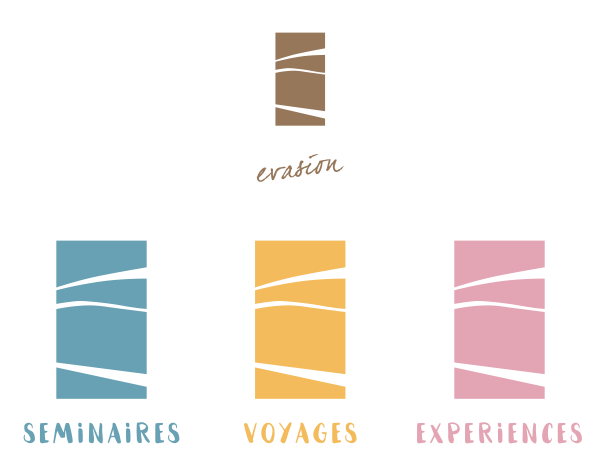